Schoeneberg is a distinct area within the district of 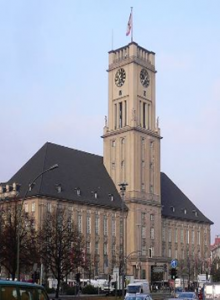 Tempelhof – Schöneberg and occupies a central location within the city of Berlin. The prime residential area is located to the south of the city center next to Wilmersdorf and Charlottenburg. To the south of Schoeneberg lies Steglitz and Zehlendorf. Schoeneberg is at the heart of the middle-class, south west of Berlin – a range of well established, highly developed residential communities. Transport options are extensive and the area is well served with traffic links. In addition, Schoeneberg and the local area has a rich history. One noteworthy location is Wittenbergplatz at the end of the famous Kurfürstendamm, Berlin’s largest shopping street where the flagship department store KaDeWe is located. The shop is the largest department store on the European mainland and opposite the oldest underground station – Wittenberg Platz! To the east we reach Nollendorfplatz, an area noted for 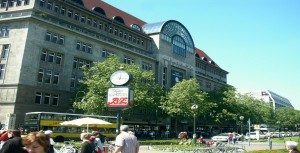 its cosmopolitan nightlife and its tolerant residents as well as popular weekend markets. To the south lies the Bavarian Quarter with representative building facades and a famous former resident in Albert Einstein. Another famous location is Schoeneberg Town Hall which is the scene of the legendary `Ich bin ein Berliner’ (I am a Berliner) speech by President J F Kennedy in 1963. With its tree-lined avenues and green parks Schoeneberg has the feel of smaller village within the city of Berlin. The comprehensive road network allows easy transfer both across the area and to the other districts of Berlin. Schoeneberg is hugely popular for both tenants and owners who generally enjoy higher than average incomes and this is reflected in the quality and number of cafes, restaurants and shops within the district. Take a walk around the markets, parks and shops at a weekend and you will appreciate the individuality that is Schoeneberg. The local infrastructure includes a variety of parks, playgrounds, kindergartens and schools. Generally, Schoeneberg remains one of the most sought after residential and commercial areas of Berlin.